The Company of Players was the brainchild of Said The Maiden's Jess Distill. Inspired by similar projects such as The Full English, Songs for the Voiceless and The Elizabethan Sessions, Jess set out to create a folk 'supergroup' of her own, featuring some of her peers, and the very best emerging musicians on the Uk folk and acoustic music scene. With the 400th anniversary of William Shakespeare's death being recognised and celebrated across the country by the likes of the RSC, the Southbank Centre and theatres far and wide, and with Jess' passion for all things Shakespeare, this was the obvious theme to concentrate on throughout the project. So it is that the Company of Players aims to recognise and celebrate one of our greatest literary heroes and icons in the way they know best: through folk music. 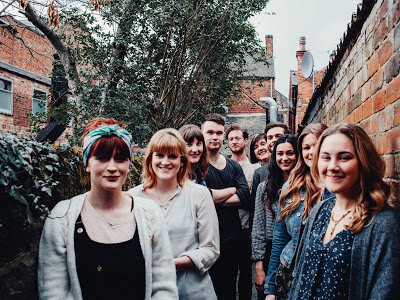 On April 2nd through to April 9th, the Company of Players locked themselves away in an old chapel in Belper, Derbyshire to write, rehearse and record a selection of brand new music and songs based on Shakespeare's plays, and on the man himself. The result of this wonderful week was an amazing twelve songs, complete and rehearsed, and a recording of four of them by Jess' brother Steve, and friend Andy Elliot, and these were subsequently aired on over a dozen UK radio stations, and were amongst the goodies in the Company's Pledge Music campaign. 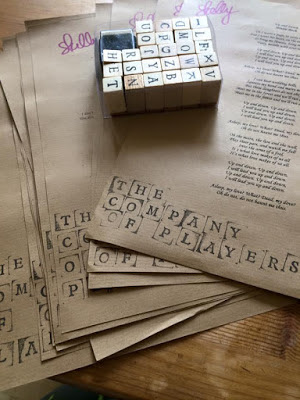 The Company of Players is sponsored by Looe Music Festival and Bristol Folk Festival, and their first public performances were at the those events. They also played a major part at the Dacorum Folk Festival in Hertfordshire, where each of the eight separate acts performed over the course of the day, before they assembled on stage as the Company, and played their twelve songs to an extremely enthusiastic audience.

Their first album was recorded in January 2017 for release later in the year, and there are a number of gigs lined up. 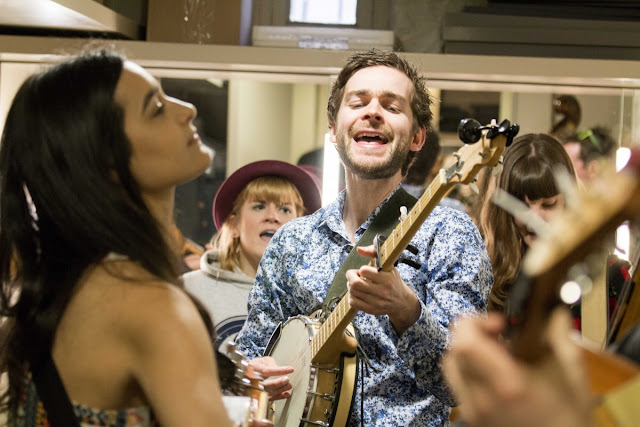