I'm sorry it's been so long since the last post, but the time's been very fruitful for the Company. Their week in Truro's Cube Recording studio resulted in the completion of all of the tracks for their debut album, to be released before their spring tour. Sam Kelly produced and recorded the album, aided by one of the studio's resident engineers, and Sam's at the mastering stage now. He's worked really hard through the whole process. Members of the Company tell of him sitting at the recording desk, still in his pyjamas, for very long stretches of time each day, and into the night. 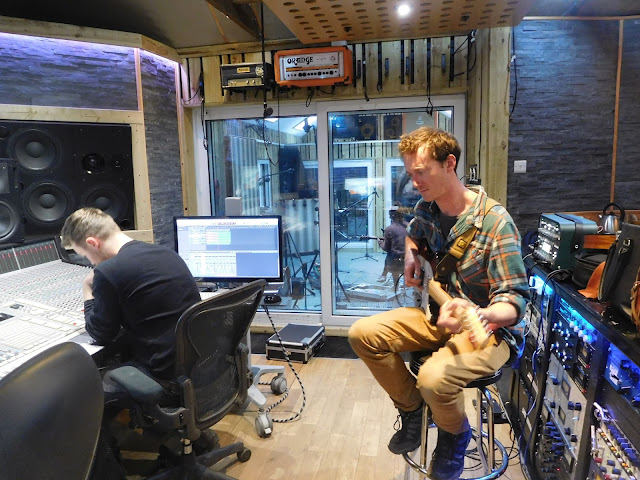 Sam at the desk, with Lukas 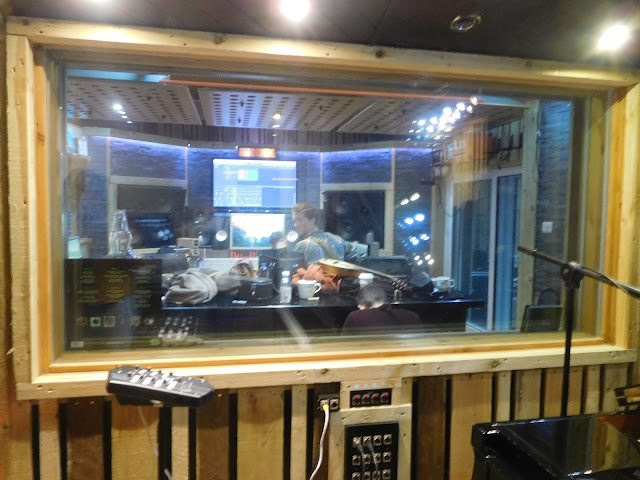 From inside a recording booth 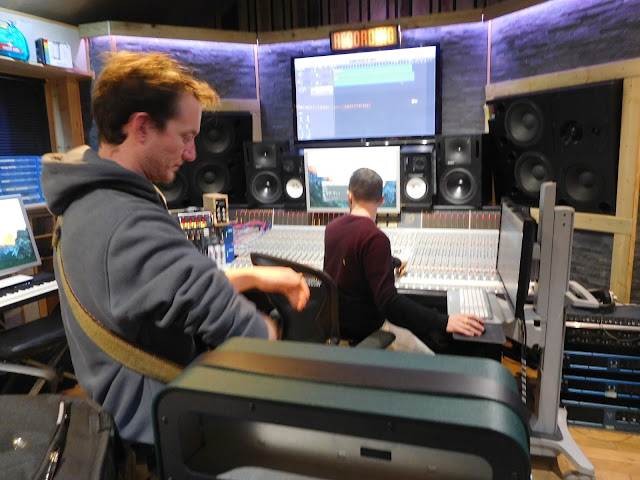 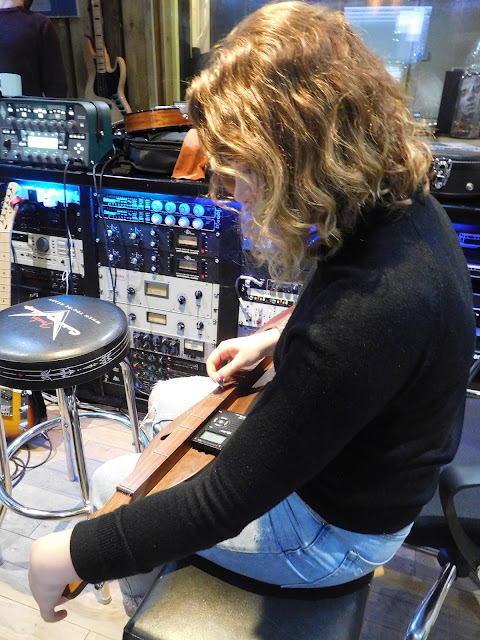 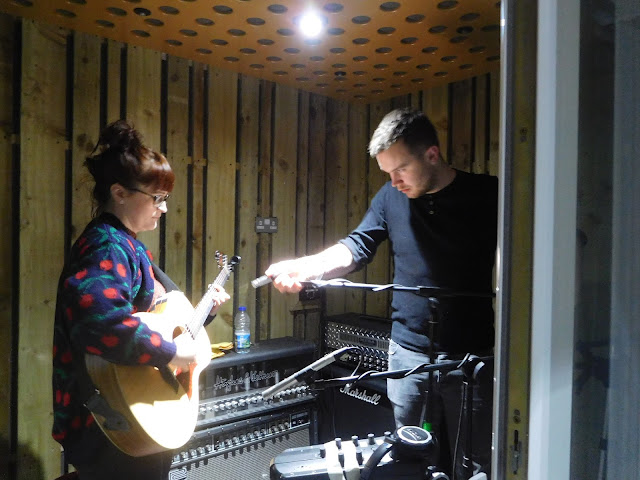 Minnie and Sam preparing for a take. 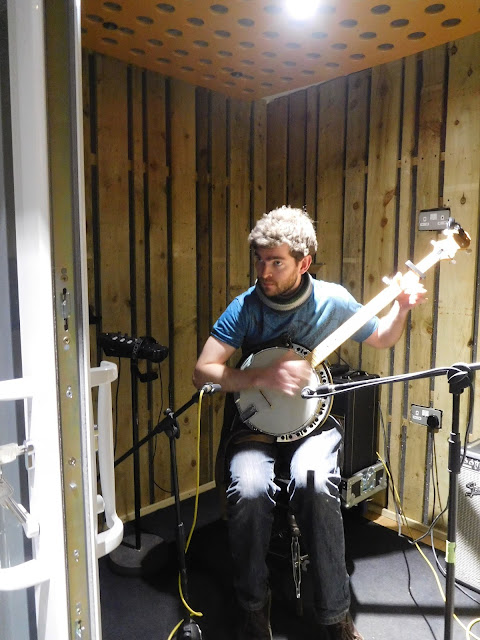 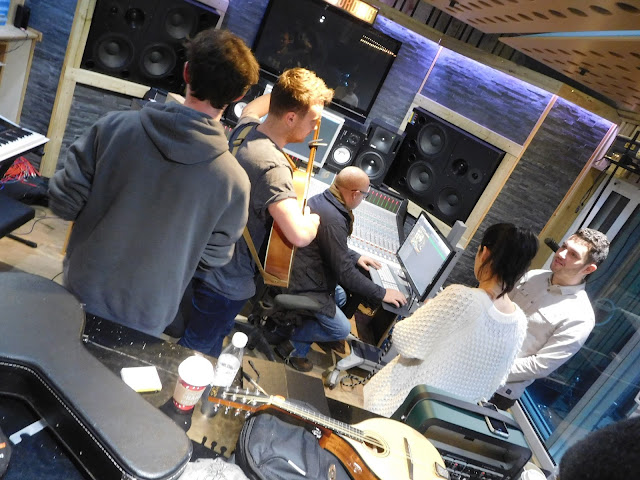 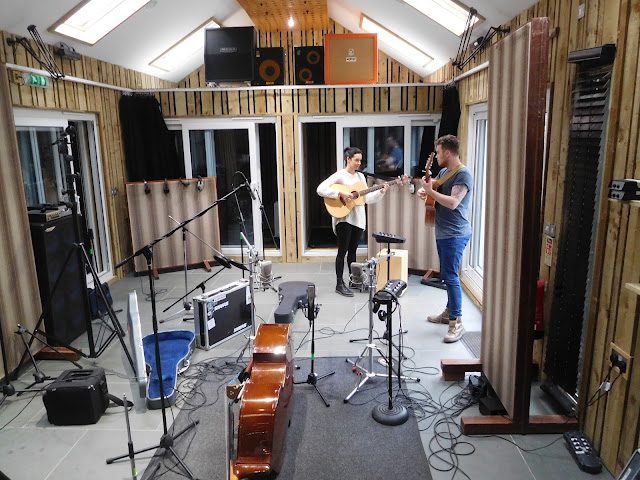 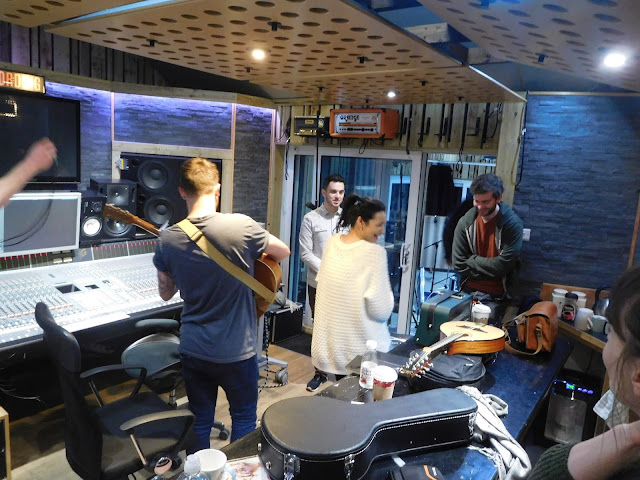 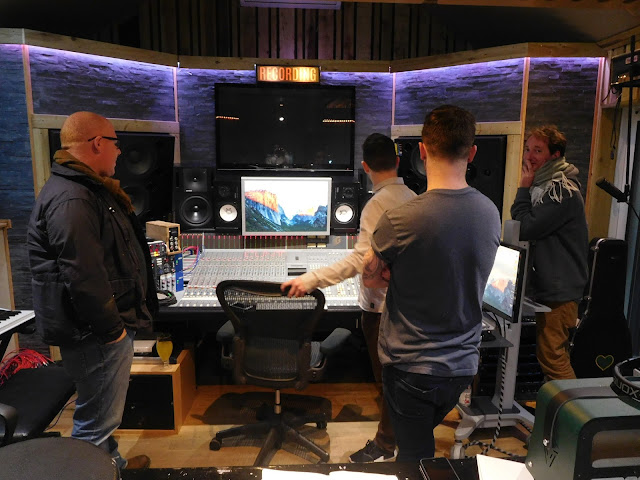 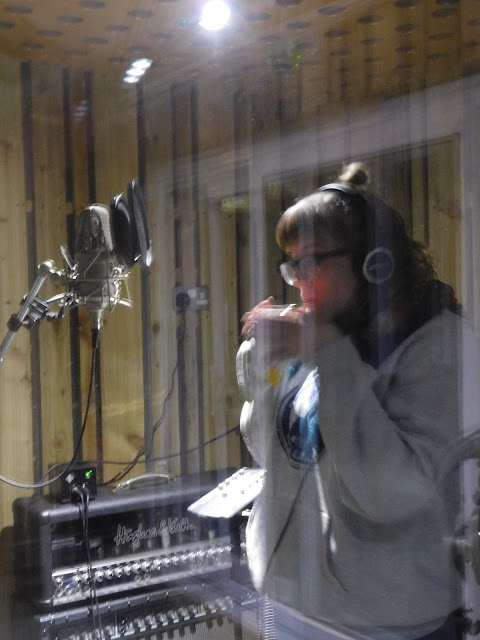 Jess preparing for a take 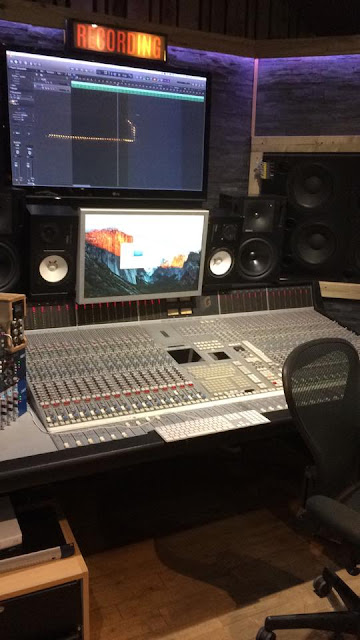 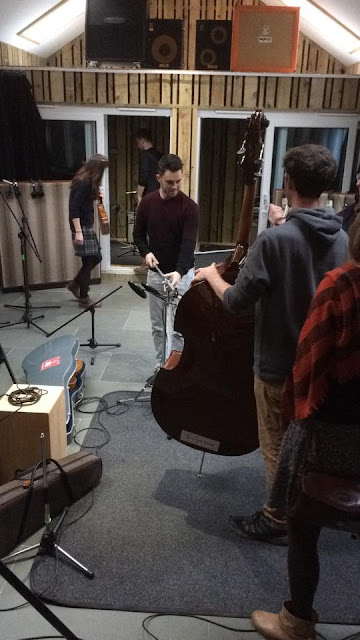 The Company of Players are extremely grateful to the Kerbstone Foundation for partly funding this recording, and being sole sponsors of their spring tour.

Since the Company's return from Cornwall, there's been lots going on behind the scenes, preparing for the release of the album and for the spring tour - details of which will appear on the Home page as venues are arranged. Meanwhile, four of the tracks have been aired on numerous BBC radio programmes, and they've already made an impact in the US! 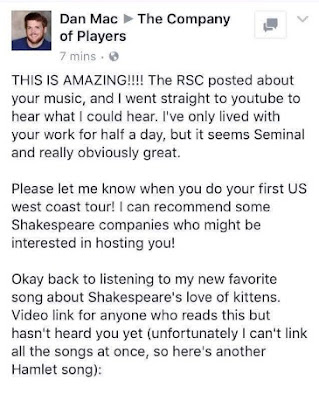 And here in the UK, Warwickshire, "Shakespeare's County" are very excited, too. From "Midlands What's On"...

Folk supergroup Company of Players performs live at The Other Place

Some of the brightest new stars of the UK folk scene are headed for The Other Place in Stratford this spring as part of Shakespeare-inspired supergroup Company of Players.
Formed last year during the nationwide Shakespeare 400 celebrations, the ten-piece group aim to write, record and perform a body of brand new material based around the playwright's life and work. Taking cues from the likes of The Full English, The Elizabethan Sessions and Songs for the Voiceless, Said the Maiden's Jess Distill brought together some of UK's finest emerging folk musicians to create a series of dramatic and varied arrangements exploring Shakespeare's relevance to contemporary audiences.

Over the course of a week in April 2016, the group wrote and recorded their first album, full of original music which they are now set to perform live a year later in a 45-minute set at the RSC's recently opened The Other Place.

Comprised of Jess Distill, Minnie Birch, Chris Cleverley, Lukas Drinkwater, Hannah Elizabeth, Sam Kelly, Daria Kulesh, Kim Lowings, Kelly Oliver and Kathy Pilkinton, The Company of Players performs at The Other Place on Saturday 8 April 2017. Tickets cost £12 and are available to book online at rsc.org.uk/companyofplayers or by calling the box office on 01789 403493. For updates, follow @shakespearefolk on Twitter or visit facebook.com/TheCompanyofPlayers.

While the Royal Shakespeare Company themselves are tweeting... 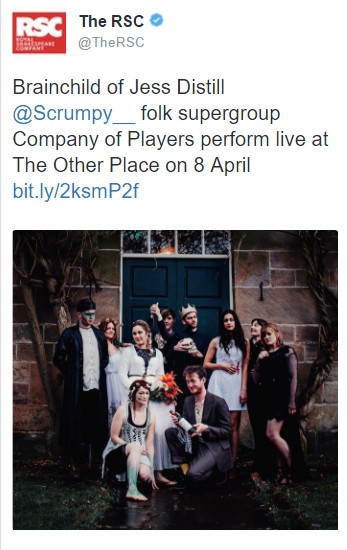 Are you excited yet?

There's much excitement amongst Company of Players members this morning as they awake to a week of recording. Travelling down yesterday from various parts of the UK to a studio in Truro, Cornwall, they start work in earnest this morning.

Watch this space for updates!