Members of The Company of Players, in alphabetical order

CHRIS CLEVERLEY is a singer/songwriter and guitar player who sings songs about ghost women, lonesome clock towers, lovelorn Mariners and hospital beds. October 2015 saw the release of Chris’ eagerly awaited debut album ‘Apparitions’ which has solidified him as one of folk’s brightest rising stars. In 2014 Chris won the prestigious Isambard Folk Award, given out by Bristol Folk Festival to the best emerging folk act of the year. Over the last year, Chris has enjoyed successful gigs across the country and continues to wow people with his intricate guitar playing and beautiful vocals.

DARIA KULESH is a Russian-born singer/songwriter living in Hertfordshire. She performs across the country as a solo artist and as the lead vocalist in KARA. As a soloist, Daria has enjoyed great acclaim for her debut album Eternal Child, which was given 4 stars by R2 Magazine, hailed as “phenomenal” by FATEA and nominated for both Best Album by a Female Artist and Album of the Year by FolkWords. KARA’s album Waters So Deep was also given 4 stars by R2 Magazine and The Telegraph named it one of the top folk albums of 2014. Telling stories of love, magic and tragedy and tales from her native Russia, Daria’s unique voice is making her stand out as a force to be reckoned with. 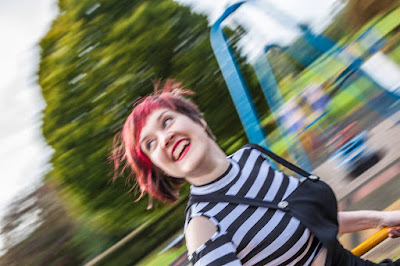 KELLY OLIVER is an award-winning singer/songwriter from Hertfordshire, who plays guitar and harmonica. Kelly is inspired by traditional Irish folk music, to which she adds an exciting, contemporary twist. Her debut album ‘This Land’ has enjoyed 4-star reviews from The Telegraph, who named it one of the top folk albums of 2014, and R2 Magazine, Tracks have been played several times on Mark Radcliffe’s BBC Radio 2 Folk Show and the Whispering Bob Harris show. The album also won her FolkWords’ Album of the Year by a Female Artist, and a FATEA magazine award nomination. Festival appearances include Cambridge Folk Festival, Larmer Tree, Folkeast, and Purbeck, and support slots include Cara Dillon, Blair Dunlop, The Young’uns, and Dave Swarbrick among others.

KIM LOWINGS is a singer/songwriter, pianist and Appalachian mountain dulcimer player and the face of Kim Lowings and the Greenwood. As a four piece, Kim Lowings and the Greenwood tour extensively around the UK, playing at folk clubs and festivals, and sharing stages with the likes of Jackie Oates, Dave Swarbrick, Martin Simpson, Lucy Ward and more. Their highly anticipated 2nd album Historia has been met with incredible reviews and features Ange Hardy on backing vocals. Working with traditional folk song and her own original material, Kim weaves musical stories inspired by both fables and everyday life, and delivers them with an enchanting, pure voice.

LUKAS DRINKWATER is one of the most in-demand session musicians on the modern folk and acoustic scene. Specialising in double bass, electric bass, vocals and guitar, Lukas has worked with some of the biggest names in folk and jazz, including 3 Daft Monkeys and BBC Radio 2 Folk Award Nominee Ange Hardy. Lukas has toured as a solo performer, as part of a duo with Tobias Ben Jacob, and with festival favourites Tankus the Henge. Lukas and Tobias have recently released their debut, critically acclaimed record ‘The Burning Low EP’.

MINNIE BIRCH is a singer/songwriter from Hertfordshire who specialises in ‘sad and dreary music that will leave you feeling happy’. Minnie has enjoyed extensive regional and national airplay on stations including Radio 2 and BBC Introducing. She won the opportunity to open for Joan Armatrading at Watford Colusseum in 2011, and was invited back by Joan to join her on one date of her most recent tour.

SAID THE MAIDEN are an award winning folk trio from Hertfordshire, who perform mainly a capella, three part harmonies, with the occasional use of violin, guitar, flute, whistles, mandolin, clarinet, percussion and accordion. Since the trio's formation in 2011, Hannah Elizabeth, Kathy Pilkinton and Jess Distill have enjoyed a whirlwind few years, with the acclaimed release of an EP (Come Hither) and an album (A Curious Tale), headline slots in folk clubs across the country, numerous festival appearances, including amongst others Folk By The Oak, Folkeast, Bristol Folk Festival, Gate To Southwell and Shepley, and support slots for many well-known folk artists - The Fisherman’s Friends, Jim Moray, Clannad, Martin Carthy, Megson, The Full English, and on a UK tour with Dave Swarbrick. 2014 saw the girls win the coveted Isambard Folk Award, and January 2016 welcomed the release of a new, 4 track EP, "Of Maids and Mariners".

SAM KELLY is a singer/songwriter and multi instrumentalist from Norfolk. Sam’s debut EP ‘Your Way Home’ was released in 2013 and swiftly created a buzz of interest in the folk scene. He followed this with the critically acclaimed ‘Spokes’ EP in 2015, cementing him as one of the most exciting young stars on the folk scene, landing him a nomination for Best Singer in the 2015 Spiral Earth Awards, and grabbing attention from the BBC Radio 2 Folk Show. Touring as a trio with Jamie Francis (banjo) and Evan Carson (percussion) the Sam Kelly Trio has gained a reputation for an incredibly high class and dynamic live show. Sam, Jamie and Evan also perform regularly with the award winning band The Changing Room.